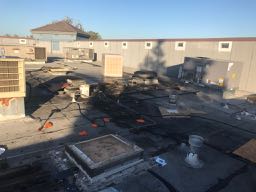 We did a hood cleaning Rocklin, California the other day. This was a restaurant that had been closed and we are pretty sure the previous restaurant owners had not had the hood cleaned professionally in quite some time. When we removed the filters, we soaked them with our environmentally friendly degreaser before we began to pressure wash them. The grease that came out of those filters was so solid we dubbed them grease worms. We had to clean the filters three times before they were clean. The importance of a clean filter is they filter out not only grease that is airborne, they filter out other airborne debris like dust, skin flakes and food particles that are floating around in the air. Clogged filters make the commercial kitchen hood system work harder which can cause damage to the fans.

The grease on the roof was so disgusting! The grease had such a build-up that it was flowing over onto the roof. We had to take a shovel to remove all of the grease. The damage grease can do when it sits on a roof can be costly. Not only will it erode the roofing material, it can get so heavy the roof runs the risk of caving in on itself. Environmentally it can be a nightmare because the grease will run off the roof during a rain storm or melting snow and run down the side of the building. If damaging the side of the building is bad enough, the grease will run into the sewer drains. If that happens the restaurant owner is subject to heavy fines and they will also be responsible for the clean-up. Bottom line, getting your commercial kitchen hood cleaned professionally on a regular basis saves money in the long run.

Rocklin, California is located about 22 miles from Sacramento. As of the 2010 census, the population was almost fifty-seven thousand residents. It was originally occupied by the Nisenan Maidu Indians who built shelters along the river that were temporary and villages that were permanent. They disappeared as a result of the gold miners who where dredging, sluicing, sifting and damming the waters looking for gold.

In 1864 the Central Pacific Railroad completed their construction of an extension of their tracks. Originally they called the are Secret Ravine but the name was changed to Rocklin because that was the name of the granite quarry. The 1870 census put the population a little over five hundred residents most of which were Irish immigrants who came looking for gold and ultimately ended up working for the railroad. 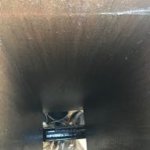 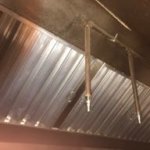 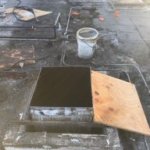 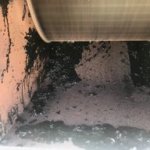 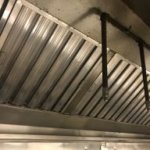 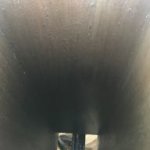 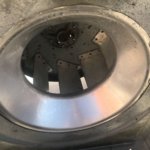 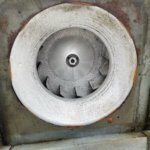